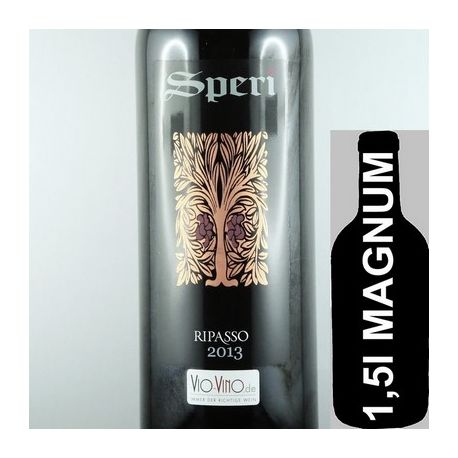 For the Ripasso, the marc of Amarone is used, which still has intense aromas and fruit notes. A Valpolicella Superiore is given over the Amarone pomace and rinsed for 8-10 days, this enrichment is completed with a renewed fermentation. This produces strong, concentrated dry wines with intense fruit aromas, which are often referred to as small Amarone.

After the harvest, the berries are completely detached from the stems and the maceration for 8 days follows in stainless steel tanks. The fermentation is then completed in Betontanks and the young wine is re-fermented with the marc of the Amarone for 9 days in February of the following year.

Maturing for 12 months in 20l barrels from Slovenian oak and after bottling up to sale in the bottle.

In the glass, the Ripasso shows very deep ruby ​​red

In the nose, red and black fruits, cocoa and sweet spices