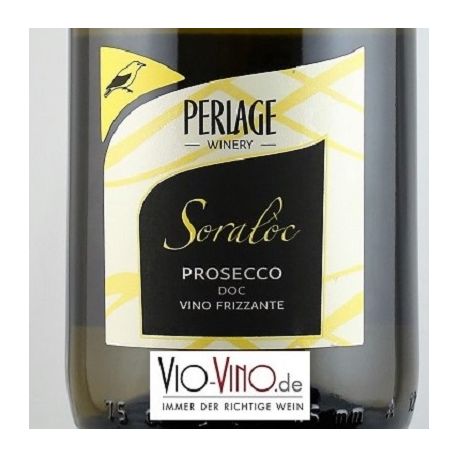 Vegan Prosecco Frizzante from the Valdobbiadene

Perlage remains true to its principles and produces its wines only in harmony with nature, it is self-evident that the Prosecco DOC Sora Loc is also labeled with vegan and organic.

In contrast to Prosecco Spumante, the wine is not subjected to a second fermentation at Prosecco Frizzante, but the carbonic acid is artificially added.

This leads to the fact that the Frizzante is synonymous as a cheap prosecco.

For many connoisseurs, the Frizzante brings with it two qualities that make it so popular: the intense fruit aromas and the significantly lower carbonic acid.

In the nose enjoy the fresh aromas of apple, apricot and banana

Pleasant foaming in the mouth with a refreshing bitternote

Perfect as aperitif or light fish and rice dishes